OTeil's Got Something To Say 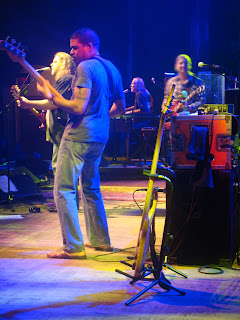 To give you a short answer Butch, Liberal and Progressive became bad words, even to me, when I realized that they had become sellouts just like the other side.

But lets look at your definitions and apply them to Liberals and Progressives since Clinton.

What was so liberal about Clinton selling out to Wall Street and the Fed? In 1998 when Brooksley Born (Head of the CFTC) went all the way to the Oval Office to warn Clinton about what the banks were doing in their newly deregulated freedoms, he blew her off and sided with Greenspan and Rubin. Naturally, Rubin was his Secretary of Treasury. Ms. Born resigned she was so upset and she was replaced by Gary Gensler, another one of Rubin’s deputies from the Federal Reserve. Progressive or Sellout?

What was so progressive about Clinton letting the Military Industrial Complex conduct business as usual in Kosovo? What was so liberal about Clinton being 13% worse than Bush senior in the “War On Drugs”? NAFTA turned out to be horrible for Jobs in the USA too. Obama’s trying to repeat it right now in South America. Progressive or Sellout?


What reforms did Obama and the Dems deliver us when they had control of the House, Senate and Executive branches? What did they do to advance our “maximum freedom”? They didn’t even repeal the Patriot Act! They not only didn’t end our present wars but are starting new ones. Iran’s next. They haven’t indicted one person in the banking industry for the fraud that was perpetrated. Progressive or Sellout?


How was Obama protecting our freedoms by appointing the very people that caused the financial crisis (not members of the Tea Party) to his cabinet (Geithner, Summers)? After we bailed the bankers out they foreclose on citizens without even being able to prove they have possession of their ACTUAL mortgage notes (MERS), refuse to renegotiate the principles, and freely admit that they are sitting on the trillions they have, thanks to us, instead of lending and investing in America. Do all the jobless, homeless, and savings-less Americans feel more free after the liberals had control of the whole ball of wax? Progressive or Sellout?

How has the Obama administration treated dissidents like Assange and Manning. Granted Manning was in the military, but hey, they're supposed to be liberals right? So much for whistle blowers  getting a better deal.

Liberals are by definition not supposed to be racists but is that really true? Butch you sound pretty prejudiced against the Tea Party. Emotionally I am too. I have no love for racists but I accept them because its a utopian dream to think they will ever go away. As long as I can vote,  own property, and have a gun then I’m fine.

I do find it fascinating that some people are allowed to tolerate racists in their own tribe while others aren’t. The Million Man March was sponsored by the Nation Of Islam. One of their core beliefs, (unlike Al-Islam) is that White people are the devil, Satan himself. Every progressive, liberal, black organization joined in that march. Why did they not repudiate the NOI as I did? My own father has a lot of racial mistrust that I will not teach my children as do some of my White and Jewish friends with their parents or in-laws. We tolerate our own racists but the Tea Party is not allowed to. Its hypocritical. Racists are also Americans and they are also getting screwed by the same people as the rest of us.

The liberal notion the the Federal gov’t is supposed to give out money freely is wrong to me because it first depends of the theft of my money by the IRS. I am all for giving liberally individually but not federally. If I am allowed to keep more of my money I can guarantee it will get to the local homeless shelter, food bank, school, etc... when it is stolen from me by the IRS and given to the Federal gov’t it disappears into thin air. If the gov’t wasn’t so corrupt, and we all had jobs and surpluses (and not because of bubbles like Clinton let the bankers create) then I would be fine with it. But we don’t and we can’t trust the gov’t to reform itself. As long as the foxes like Gensler are guarding all the regulatory henhouses we can expect more of the same.

Cornel West pinpointed it. He calls Obama and most Dems "neo-liberals". I guess they’re the Special Interests’ perfect answer to the neo-con-artists they promote across the aisle. Its all MORE OF THE STATUS QUO.

And also a documentary called Inside Job.

I’ll leave you with a recent quote from Daniel Ellsberg in the Washington Post -
"Richard Nixon, if he were alive today, would feel vindicated that all the crimes he committed against me–which forced his resignation facing impeachment–are now legal. "


You can thank the Liberals and Progressives for that. They blew they’re chance.


I agree with so much of what you say, my friend. The lack of consequences, indeed the blatant continuation of the monetary policies that are now making the wealth gap wider and wider is sickening. You bet your sweet ass that many of the Wall Street firms and the banks have hedged themselves with hidden companies that are shorting their own positions and are making a fucking killing off of this bear market.


Why is Dick Cheney particularly not in prison for treason? The outing of Valerie Plaime to get at her husband for having the audacity to expose their lies about WMD is treason. Cheney knew and should have been shot. All we get is Scooter Libby in jail for a little while.  The list of those culpable in the Iraq War lies that has cost us trillions, off the books, and much worse thousands of American lives and hundreds of thousand of Iraqi lives is far too long to list. You must start with George W. Bush, Cheney, Rumsfeld, anyone remember Wolfowitz? This is just scratching the surface.


From the other side you say that Obama and the Dems had control of the house, senate and executive branches. True but you left out a very important fact. Not one single Democratic budget bill sent from the house to the senate could get past the senate filibuster. IF Obama had gone after the Darth Vader's of the Iraq War and the financial meltdown do you really think that anything of import could have past that same filibuster? No fuckin way. Like you, my HUGE disappointment is that no one even tried, but still. if they had it would have been an exercise in futility. Especially after the death of Ted Kennedy and the election of Scott Brown even the semblance of a filibuster proof senate went out the door. You can't deny the fact that the Republicans have managed to march "lock step" to stop any major initiative by Obama and the Dems but the Dems are not able to do this. It is the ability of the Dems to represent their constituents that will never allow them to put up as united a front as the Republicans. Indeed it is the "Blue Dogs" that have made the filibuster so effective. The senate is no longer a "democratic" institution. The majority does not rule. You left this major factor out of your argument.

I have many other issues I could raise, but this is already a very long piece. let's see if it sparks further conversation.


Thank you my brother. I love you dearly and can't wait for us to get back on stage together.


And I also agree Larry Summers and Timothy Geithner just lead the list of those that should be in jail. They aren't and Summers is back to business as usual. the rest of the fuckin crooks are making another fortune on the current mess. I grow angry and redundant.