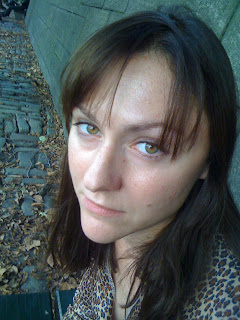 This is from my daughter. She has recently taken a post as adjunct professor of art history at the University of Tampa. I'll let her speak for herself. Seems she was unable to post it so she e-mailed it to me.

Hi Oteil, and thanks for your thoughtful contribution to this discussion.  The formatting of this piece was a bit unclear about who was writing what.  Luckily both you and Pops have very recognizable ideas and phrases, so I think I figured out which parts were yours and which were his.

Thank you for bringing up the issue of race.  And to Abigail for (I think inadvertently) introducing the issue of sex.  Her rage was palpable, and it's a shame she projected it all on to you, Oteil.  By claiming that your anger was clouding your thinking, it seems she was disavowing her own anger & the fact that it clouds her judgement.  But I've been there, so it's not like I can judge her.  And being the blank screen for people to project their unresolved issues upon is, it seems to me, THE major draw-back of any sort of fame.  But I'm sure there are a bunch of up-sides, right? ;)  I love the fantasy she has that you are both somehow rolling in money and magically able to spearhead far-reaching social and political change.  Wouldn't that be nice?!

But to return to my point, I wanted to add some thoughts to your recognition that there is racism on both sides of the aisle.  To me, this is sad reflection of the fact that racism, like sexism, is an institution in our culture & our country.  As such, its effects are felt at every level and its power dynamics are replicated in most social interactions--intentionally or otherwise.  So in this light, OF COURSE racism is found in both parties.  It's insidious and pervasive. Once one group has power over another group, it's hard to level the playing field.  No body wants to give up power.  This, I think, is why nobody's done anything about the Patriot Act; and it's also why nobody's likely to do anything about it in the future.

But what I'm interested to know is this: how can we mitigate bigotry with legislation?  It is a proven fact that, despite of the institutionalization of hate and difference in this country, we can create and effectively enforce legislation to ensure that future generations are not subjected to the accepted expressions of hatred of our times.  We've got great examples of this in our country coming out of Civil Rights movement of the 1960s and Women's Movement of the 1970s.  The party that has been invested in the expansion of civil rights--no matter what personalities have been involved--has consistently been the liberal party.  In recent history, the Republican party has vehemently opposed Affirmative Action, prison reform, entitlement programs, hate crime legislation, the list goes on.  If we take as a given that racism is an institution in this country, then we can see that the disenfranchised, as a rule, do not have access to same opportunities for social mobility as the reigning elite.  This is why "separate but equal" does not work!  This is not a theory; we have all witnessed this in our own backyards.  And to have some sort of regulatory intervention is necessary in fostering a future with less inequity of access to resources.

Like you, I used to be a bit of an anarchist (when you say taxation is theft, that's what that implies to me).  But there is so much infrastructure upon which we depend that gets created out of the government--things that we take for granted only because we've never been without them, and things that we wouldn't want private greed to shape.  Imagine if there were no highways, education, hospitals, law enforcement, court system.  Every tax dollar does something; it doesn't just magically disappear.  And a great part of what our tax dollars do is keep us safe from ourselves.  I don't have to carry a shot-gun to go to the store.  I can go to the store.  Not every citizen of the world can say this.  In a sense, I think we're a bit spoiled as Americans and expect to see results with no contributions, just because we take them for granted.  Yes, I think we're a entitled as a people because we've been taken care of to some extent.  We must contribute something to receive even the most basic infrastructure.

Anyway, this my long, disorganized pitch :)  Thanks again, Oteil, for contributing to this conversation.  And thanks, "Butch," for this wonderful site!  Elise

P.S., John loved the bit about wanting the right to vote and own guns!  :)
Posted by Butch Trucks at 6:28 PM