Some Responses To Your Comments On My FIrst Blog Post 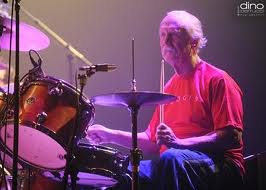 Wow. I am blown away by the amount of people that actually took the time to read my first rant. Before I rail on again, I feel like I should respond to some of your comments. Judi, thank you for getting things started. All the best to you and Paco. Miss you guys. To all of you that liked anything I had to say and said so: thank you. To those of you that didn't: thank you for at least showing up and giving it a read. You are obviously entitled to your opinions (as was pointed out by IdlewildRickT, it does say "The World According to Butch Trucks" in big letters at the top of the page. To say that what I write is self indulgent is redundant to the max. 'Tis the nature of the beast. To Sully and Gina: thank you for your insights into my comments concerning religion. I promise a full blown rant in the near future that will give you a great deal more to react to. To those of you that said that you don't really care what I have to say, why do you waste your time reading it? Then waste more time responding? You must have better things to do. As I said earlier the top of this page leaves no doubt who's opinion this is. I think "Fox News" is nothing but a propaganda arm of the GOP and that Glenn Beck and his idiotic conspiracy theories about anything the the left of Hitler are full of, not only his opinions, which he is entitled to, but false information, and I believe that some of what he says is akin to yelling fire in a crowded theater. He is dangerous and I believe he belongs in a mental institution. The result of our last election is, in my opinion, due somewhat to people like Mr. Beck. To get to the point, I just choose not to waste my time watching, listening or in anyway paying attention to him and others like him. You have that same choice. Especially the anonymous that thinks I am a narcissistic horses ass: you apparently know me and have some kind of axe to grind. If you want to continue to come here and post, then be my guest but don't you have things to do in your life that are more rewarding? To Scott: I would like to know what you mean about my "boycott" of The Black Keys. My only contact in life with them came at the 2009 Wanee Fest. They refused to allow us to put them on our webcast. I spent a lot of time trying to change their minds but they decided not to. I think you may have some bad info. To 34d, I have read "Misquoting Jesus". I'll get into that one and many more in the one I promised Sully and Gina. Whether or not The New Deal got us out of the depression and it was actually WWII, what would you call WWII from a fiscal perspective? We spent many times our GDP fighting that war and look at what happened. That level of "deficit spending" created an economic juggernaut that has dominated the world for almost 70 years. Now, even after that kind of evidence, we still get the foolishness that cutting taxes and cutting spending will boot the economy. Cripes, just look at the stats under Clinton and W if WWII isn't enough proof for ya.

Mostly I would like to respond to another anonymous (amazing how many of you have that name :-). First off thank you for the compliment about my drumming. I do actually agree that I may spout what I have learned and do know out a feeling of intellectual inferiority. I would propose the concept that most people that get on a stage, write, act or do anything to get public attention do so, at least to some degree, out of an inner need for approval. I chose to play music and did not complete my education so I have spent a great deal of my free time (and fortunately musicians have a lot of that) reading everything from the classics (one of the worst experiences of my life was The Peloponnesian War), fantasy, science fiction and once I finish Ulysses I think I'll give my brain a rest and reread "The Wheel of Time".  Someone is finally writing the ending. I also have hundreds of lectures from a company called "The Teaching Company" that range from philosophy to literature to history and even some science. This is what I listen to in my car so every trip to the grocery store is like going to school. I will not be ignorant. I may not be right  to some of you. Most of what I am saying is opinion and not provable either way. I promise you that what I say will be based on facts not lies and if you see a misstatement please feel free to show me where I am wrong. But I digress.

After taking your criticism, anonymous, I would like to offer you a bit. You are wrong about what John Locke wrote. I have spent a good deal of time the last two days researching his quote (BTW, I got my information that Jefferson quoted Locke in "The Declaration" from a lecture by Dr. Alan Charles Kors, professor of history at The University of Pennsylvania, I didn't feel the need to fact check him). It turns out that what Locke actually said came from a 1689 piece "A Letter Concerning Toleration". His quote was: "Civil interest I call life, liberty, health, and indolency of body: and the possession of outward things". Dr. Kors referred to Locke's "Second Treatise on Government" 1690 where he said "Man being born, as has been proved, with a title to perfect freedom, and an uncontrolled [uncontrolled] enjoyment of all the rights and privileges of the law of nature, equally with any other man, or number of men in the world, hath by nature a power, not only to preserve his property, that is, his life, liberty and estate." There is a lot of debate about what exactly Locke meant by "estate" and the conservative response seems to be "land". You will find "life, liberty and land" attributed to Locke everywhere, but he never said it as far as I can find. If you can point out where he did, please do. I mean that in all seriousness. I meant what I said when I said I try and learn something everyday. Jefferson did quote Locke later when he used the phrase "a long train of abuses."

I'll wrap this one up by saying that the single most influential person on my life (other than my wife) was Duane Allman. I'll tell the story of how he changed my outlook and my life in a moment of epiphany some other time. I'll just end this with my favorite quote of his. Most of you know it. It is on his gravestone. He wrote it in his notebook Dec 31, 1968, just weeks before he started putting together the Allman Brothers Band.

"This year I will be more thoughtful of my fellow man, exert more effort in each of my endeavors professionally as well as personally, take love wherever I find it, and offer it to everyone who will take it. In this coming year I will seek knowledge from those wiser than me and try to teach those who wish to learn from me. I love being alive and I will be the best man I possibly can -------"
Posted by Butch Trucks at 2:27 PM