How Did This Happpen? 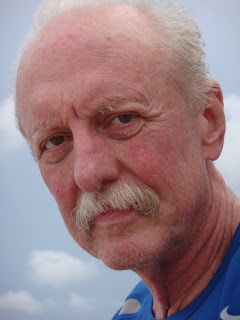 For some time now I have wondered how the term "liberal" has come to have a negative  connotation with so many Americans. "Progressive" being another word that has suffered the same.  Growing up the word liberal was always associated with something good (unless it was a liberal pile of shit being dumped on my head or something similar). I believe that the pile of shit is exactly what people like Carl Rove have dumped on us to get so many people to buy into this reaction to "Liberal". I have been called a liberal by a few of you and there is little doubt that you expect me to take that as an insult. I don't. I would think that being called a Conservative (as in stuck with the status quo) would be a fighting word.

On the other hand I always believed that "conservative" had a negative connotation (see above) unless I was being served canned green peas (which I despise) or something similar. I decided to look up some definitions. They follow:

) noting or pertaining to a political party advocating measures of progressive political reform.
3.
of, pertaining to, based on, or advocating liberalism.
4.
favorable to or in accord with concepts of maximum individual freedom possible, especially as guaranteed by law and secured by governmental protection of civil liberties.
5.
favoring or permitting freedom of action, especially with respect to matters of personal belief or expression: a liberal policy toward dissident artists and writers.
6.
of or pertaining to representational forms of government rather than aristocracies and monarchies.
7.
free from prejudice or bigotry; tolerant: a liberal attitude toward foreigners.
8.
open-minded or tolerant, especially free of or not bound by traditional or conventional ideas, values, etc.
9.
characterized by generosity and willingness to give in large amounts: a liberal donor.
10.
given freely or abundantly; generous: a liberal donation.
11.
not strict or rigorous; free; not literal: a liberal interpretation of a rule.
12.
of, pertaining to, or based on the liberal arts.
13.
of, pertaining to, or befitting a freeman.
pro·gres·sive
[pruh-gres-iv]

Show IPA
–adjective
1.
favoring or advocating progress,  change, improvement, or reform, as opposed to wishing to maintain things as they are, especially in political matters: a progressive mayor.
2.
making progress  toward better conditions; employing or advocating more enlightened or liberal ideas, new or experimental methods, etc.: a progressive community.
3.
characterized by such progress,  or by continuous improvement.
4.
( initial capital letter

) of or pertaining to any of the Progressive parties in politics.
5.
going forward or onward; passing successively from one member of a series to the next; proceeding step by step.
6.
noting or pertaining to a form of taxation in which the rate increases with certain increases in taxable income.
7.
of or pertaining to progressive education: progressive schools.
8.
Grammar . noting a verb aspect or other verb category that indicates action or state going on at a temporal point of reference.
con·serv·a·tive
[kuh

) of or pertaining to the Conservative party.
5.
( initial capital letter

) of, pertaining to, or characteristic of Conservative Jews or Conservative judaism.
6.
having the power or tendency to conserve;  preservative.
7.
Mathematics . (of a vector or vector function) having curl equal to zero; irrotational; lamellar.
I'm not going to rant further on this subject. Other than to say that "Conservatives" seem to be a lot better at framing the debate that do liberals. As they have obviously succeeded in the word game we are now getting very close to those conservatives putting the entire globe into a world of hurt.

How about a conversation about this? We've been pretty good about that of late.